Elegant Coldest Places in Karnataka You Must Visit At Summer Time

Karnataka is the ultimate land of natural beauty and rich cultural heritage is situated in Southern India, bounded by Maharashtra and Goa in the north, Tamil Nadu and Kerala on the south and Andhra Pradesh on the east. The Arabian Sea is splashed on the western coast of the state, which is dotted with picturesque beaches. It is blessed to surrounded with the lush green Western Ghats, roaring Jog waterfalls, densely forested Sahyadri, and the rich wildlife sanctuaries like Nagarhole, Bandipur and so many coldest places in karnataka. Apart from its natural beauty, pilgrimage sites, and majestic architecture.

This state is also renowned for its software industry, Carnatic music, and the exciting festivals that make it one of the most celebrated states in India. The Karnataka pristine park is the harbor distinctive wildlife, migratory birds, elephants and most importantly the pride of India-Tiger. Karnataka is rich in terms of flora.

This state also hosts a major biodiversity hub of India- Western Ghats. Clean beaches, Lush green parks, and architectural wonders have made Karnataka a top attraction. For all people who are looking for a relaxing, historical gateway then visiting Karnataka should be on top of their list. Must visit the eighth largest state of South India Karnataka to find a beautiful world that is away from the confines of mundane. Do experience an unforgettable experience.

Coorg is a famous hill station in the state of Karnataka, in India. This attractive town has a serene vibe, enhanced by the sprawling acres of coffee plantations and religious monasteries and temples found here. It is often called as the ‘Scotland of India,’ the green hills of Coorg are dotted with gushing waterfalls that whisper an ethereal music in your ears. It is one of the most coldest places in Karnataka.

Coorg is also a place to indulge in a spot of adventure, with river rafting and mountain climbing. The Tibetan Buddhist Golden Temple, The Namdroling Monastery, and Omkareshwar Temple are places that offer a refreshing energy to your senses. A Coorg visit is incomplete without an exploration of Nagarhole National Park, replete with dense forests, small creeks, hills and a rich variety of flora and fauna.

Hubli is an unrevealed yet fascinating destination in the Indian state of Karnataka. This place is referred to as Hubli-Dharwad, denoting the twin cities of Hubli and Dharwad. Actually, these two cities form the second largest city in the state, next only to Bangalore.

Being the commercial hub and business hub of North Karnataka, it is one of the fastest growing cities in the state. This historic place has been a center for trade in cotton since the reign of the Vijayanagara Empire, whereas the town of Dharwad is becoming a hub for the automobile industry. When it comes to tourism, the city may be overshadowed by Bangalore and Mysore, but it does have its fair share of interesting places and has witnessed a surge in tourism.

You will be captivated by the vast splendor and architectural prowess of the 900-year-old Chandramouleshwara Temple, dedicated to Lord Shiva. Banashankari Temple is another such marvel, built in the 13th century. Nrupatunga Hill is a popular picnic spot and gives a panoramic view of the city. Navagraha Teertha is an important pilgrim spot for Jains and features the tallest statue of Shri 1008 Bhagavan Parshvanath, standing at an astounding 61 feet. Adventure-lovers can go for a scenic boat ride at Unkal lake. 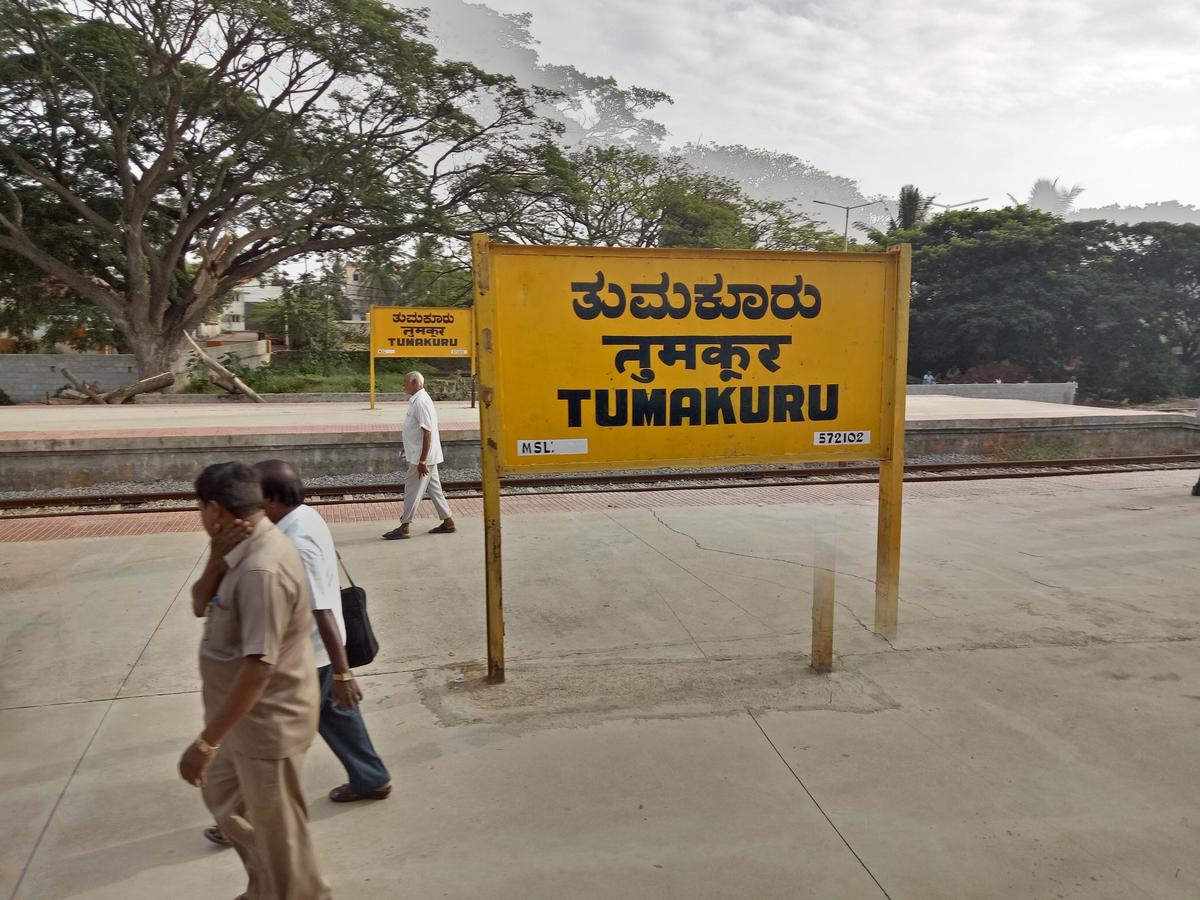 Tumkur located in Karnataka. It is about 70 km north-west from Bengaluru and is considered a satellite town for the bustling metropolis of Bengaluru. One of the easiest and best weekend getaways from Bengaluru, many people throng to this destination every week as it has pleasant weather, multiple sights of interest, both urban and rural as well as scenic and natural beauty. It also houses the Shree Siddaganga Math, which is a spiritual and religious destination.

This Shrine or Math hosts dormitories for underprivileged children and helps in educating them. Tumkur is growing rapidly and was included in the list of 100 smart cities in the Prime Minister’s list of new cities to develop. There is more place of interest as well within the region such as the Jayamangali blackbuck reserve. The famous thatte idli, based out of Kyatsandra is also another attraction in Tumkur in terms of cuisine.

The most famous picturesque hills, the mighty forts, the delicious traditional cuisine, the famous local liquor, the ethnic dress and strong bond of the people with their history are distinct similarities between Scotland and Madikeri. No wonder Madikeri, the Indian town in the state of Karnataka, is referred to as ‘Scotland of India.’ With a rainbow of tourist destinations, the town is on every wanderlust’s bucket list.

Refreshing picnic spot is Abbey falls, especially in the monsoon season, with a waterfall inside a coffee plantation. The sturdy Madikeri Fort, rebuilt by various dynasties, has a palace inside it and stands as an identity of the town.  The Omkareshwar Temple, built in the middle of the town, is known for its Mohammedan style of architecture.

The Seat of Raja’s gives a feel of royalty as it was the place where the ruler of the town sat, to enjoy the panoramic view during sunrise and sunset. Lounge in the beauty of Madikeri and let the aroma of coffee linger with the cherished memories of a trip to this town forever.