Private Places for Couples in Kolkata

I like many other parts of India, Kolkata is one City that has always been progressive in its respect for culture. The city of Kolkata has produced a lot of Amazing thinkers like Rabindranath Tagore, Swami Vivekananda and even science people like Satyendra Nath Bose and Meghnad Saha. In all of this intelligence, cultural acceptance will always be there. This is the reason probably the couples in Kolkata are always on the Lookout for private places to have some time for themselves.

A few years ago, Kolkata was one of the most important cities in India. It was constantly listed among the top four cities in addition to New Delhi, Mumbai and Chennai. However, in the recent days, the city of Kolkata is just the city of joy and has lost its importance to new cities like Bangalore. However, the major Constructions and landmarks that were a part of the essential Kolkata culture have lived to this day. These places are often secluded and deserted and they provide perfect Hangouts and breakouts for couples who look forward to a private time.

There is no better place for couples to have a time for themselves then a secluded movie theatre that is not at all crowded. The London Paris theatre in Ballygunge area of Kolkata definitely fixes this will. If you would like to spend some time with your loved one and not be disturbed, it is great for you to choose a morning show in a boring movie and have the entire movie theatre for yourself and if at all you are disturbed, it will be because of another couple who would like to mind their own business. An unpopular movie might be a Nightmare for the actor and producer but surely not for the couple.

Princep Ghat is one of the oldest recreational places in Kolkata and was built in the year 1841. It lies between Saint Georges gate of Fort William and the Watergate. While this place was a very famous landmark in the earlier days, it has become quite deserted these days and it is a great place for couples to retire to their own little area and have a private time for themselves. It was used by the Indian Navy in its earlier days but now there is not much of activity. Princep Ghat boat ride is one of the best Lover Spot in Kolkata

The Indian Museum of Kolkata also known as the Imperial Museum at Calcutta Is the largest and oldest museum in India. It has a lot of collections of antics, skeletons, mummies and paintings. It was founded by the Asiatic Society of Bengal in the year 1814. Given the massive size of the Museum and the interest or rather the lack of it that people have towards history, this Museum is always a secluded and deserted. Unless and until there is a school trip that is happening during the weekdays, this Museum would be a great place for couples to enjoy a private time at the launch of the Museum.

the Rabindra Sarovar Lake is as if it was made for the couples to have a good time. All you need to do is to get down at the Rabindra Sarovar Metro station and take a walk of about 4 to 5 minutes. This lake is so perfect that the surroundings have a lot of Shady trees and trimmed glasses that give a perfect setup for you to have a good time with your partner. There are a few drawbacks to this place as there are no public toilets and drinking and smoking is not allowed inside. However, if you can take care of these aspects, this is a perfect place for you to unwind with your partner.

This place is open from 10 a. M. To 9: 00 p. M. It secures so close second spot in the place for couples in Kolkata. In addition to giving all the privacy, there are also boating options that you can take in the benubana Chhaya lake. Although it is considered a great place for couples there are teenagers who might lighter around disturbing you.

Victoria Memorial is an important Landmark for the entire city of Kolkata. However, given its vast expanse and the trees and lawns, Victoria’s Memorial also Doubles up as a perfect place for couples to have a private time. Here again, commuting is easy and the many places in the Victoria Memorial that you can take for yourself is the ultimate thing that you can do by being close to the center of the city and at the same time having your own private time. 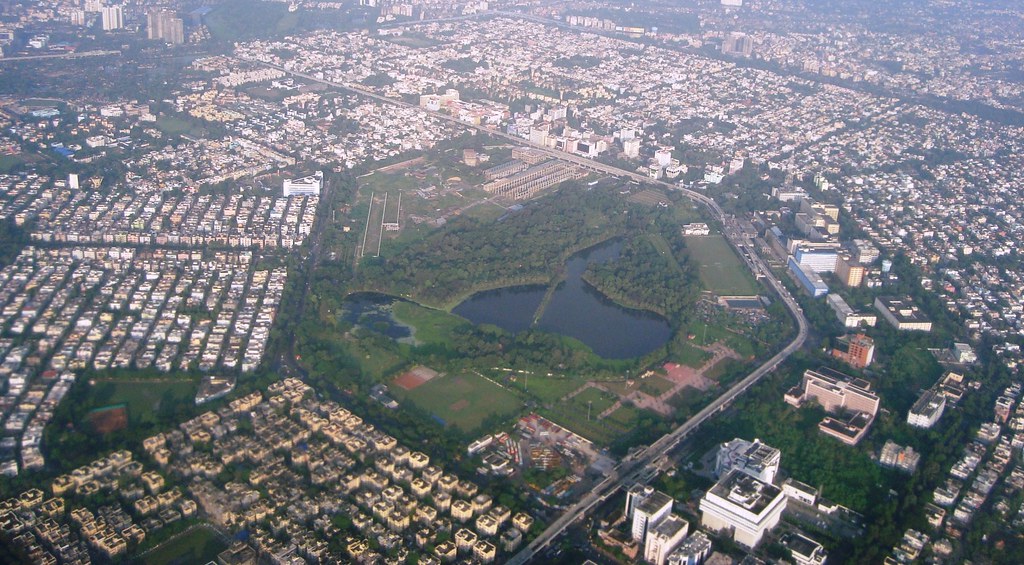 The central park in Calcutta gives you a field of telling as if you are in the city of New York. It is the largest open space in Kolkata after the Kolkata Maidan. The park is easily reachable from karunamoyee bus stand and this place, with its vast expanse, gives you a lot of privacy and what makes this place better is that since the entire spot is surrounded by couples, you might not be disturbed at all!

Kolkata has always given a lot of options for a lot of people and couples who are in love or not an exception. With so much to offer, Kolkata is definitely a place that you can look forward to culturally experiment, not just with food and Lifestyle, but also with the acceptance of romance. It is probably one of the reasons why the Bengali movies are always progressive and better compared to the movies of Other industries!